Warning: "continue" targeting switch is equivalent to "break". Did you mean to use "continue 2"? in /var/www/niaspress.dk/public_html/tuked-rini-online.niaspress.dk/wp-content/plugins/jetpack/_inc/lib/class.media-summary.php on line 77
 From the Author | Tuked Rini
↓ Skip to Main Content
Home › From the Author 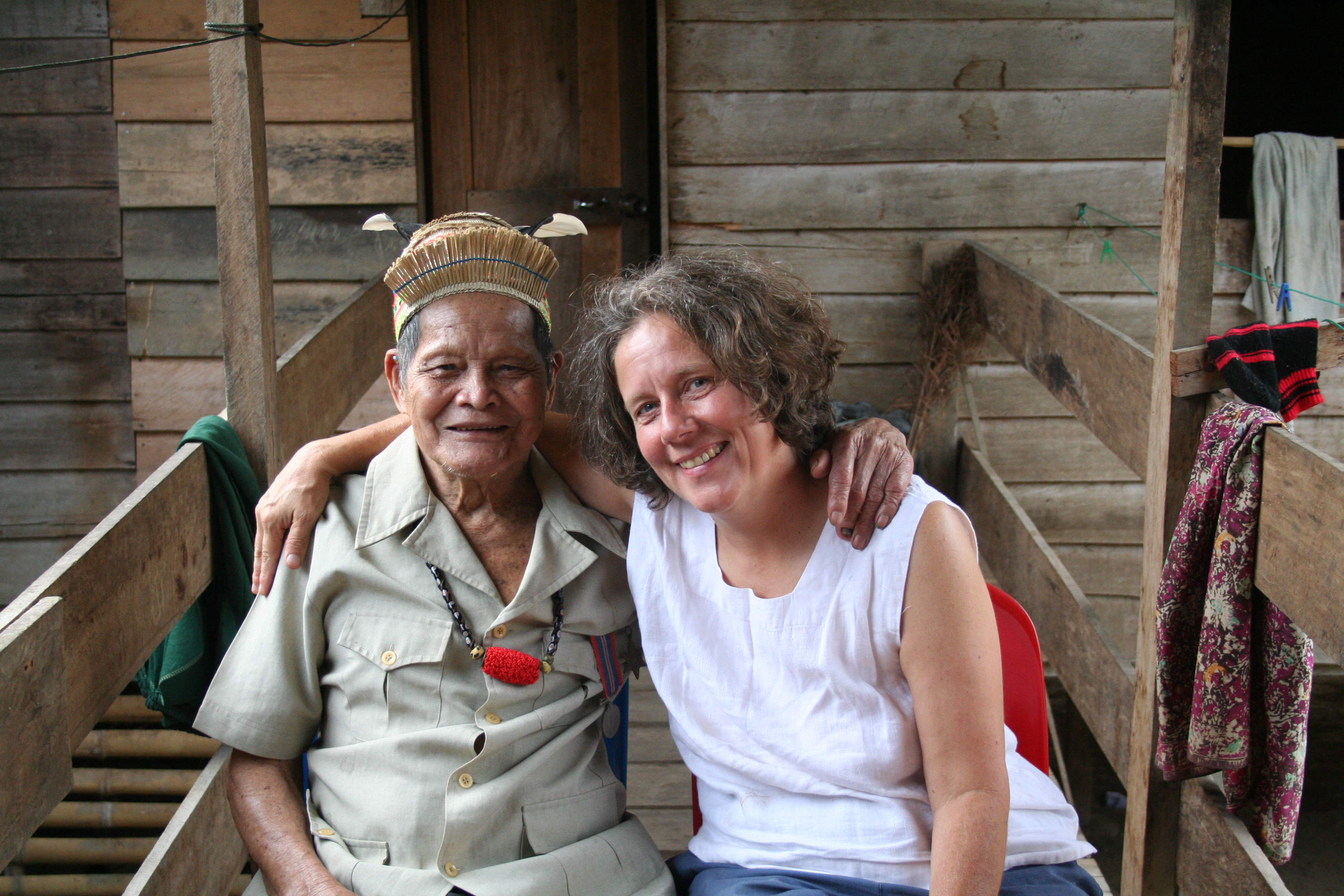 The author with Balang Pelaba, the bard who recited the legend of Tuked Rini in 1986. This photo was taken in 2007. Photo copyright Kaz and Monica Janowski.

Tuked Rini, Cosmic Traveller has at its core a legend about a culture hero from the Kelabit Highlands in Sarawak, in the interior of Borneo. I use the legend as a springboard to explore the way of life of the people of the highlands, including in particular the ways in which they relate to the natural environment and their cosmology. I include a free translation which I have made of a version of the legend recited to me in 1986 by Balang Pelaba of the community of Pa’ Dalih in the Kelabit Highlands, Sarawak. I also include in the book transcriptions of the learnt-by-heart, chanted parts of the Legend, which are known as sedarir. Work is currently ongoing by linguists to create an orthography for the Kelabit language, and I use a tentative orthography which I have developed in the transcription of the sedarir in the book. Once a final orthography is ready, I will provide a full transcription of the entire legend on this website using that orthography.

The book derives from my anthropological research since 1986. This includes my collaborative work with archaeologists and geographers as part of the Cultured Rainforest research project funded by the UK Arts and Humanities Research Council between 2007 and 2011. In that project the megalithic cemeteries and other stone and earth monuments of the highlands were investigated, they were discussed with local people, stories and legends from the past were recorded, and earth ‘cores’ were taken to find out about the ways in which people of the highlands have lived in the landscape, through agriculture, hunting and gathering and through ‘marking’ the landscape and relating to the spirits believed to be present in the highlands.

My aim through this book has been to present academic research in a form which is accessible and relevant not only to scholars but also to the people of the highlands themselves and to a more general readership. In the context of increasing urbanisation and a loss of a close relationship between people and the natural environment, both worldwide and among the Kelabit, I believe that there is much food for thought in understanding the quality of the relationship between people and landscape in the highlands of Borneo. With the aim of making the book appealing and accessible, it is highly visual, containing hundreds of photographs as well as paintings by a Kelabit artist, Stephen Baya.

1. Audio recording of the legend of Tuked Rini as recited by Balang Pelaba of Pa’ Dalih in 1986.

2. Transcription of the legend of Tuked Rini as recited by Balang Pelaba of Pa’ Dalih in 1986.

3. Video recording of part of the legend of Tuked Rini – one of the chanted sedarir – as recited by Ribuh Balang in 2009.

4. Video of a journey through the Kelabit Highlands, paying visits to sites associated with Tuked Rini and other ancestors.

5. An interactive visit to the Kelabit Highlands, which includes sites associated with Tuked Rini.